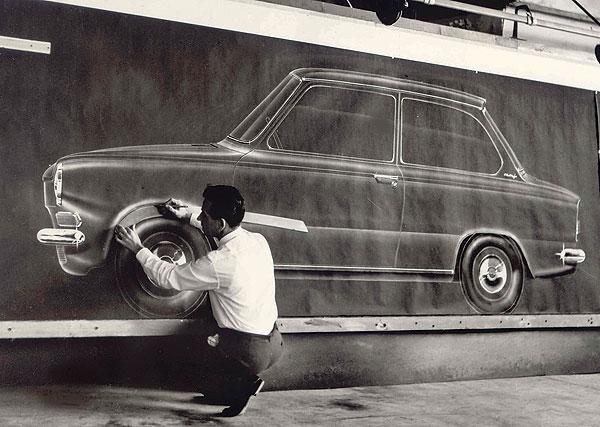 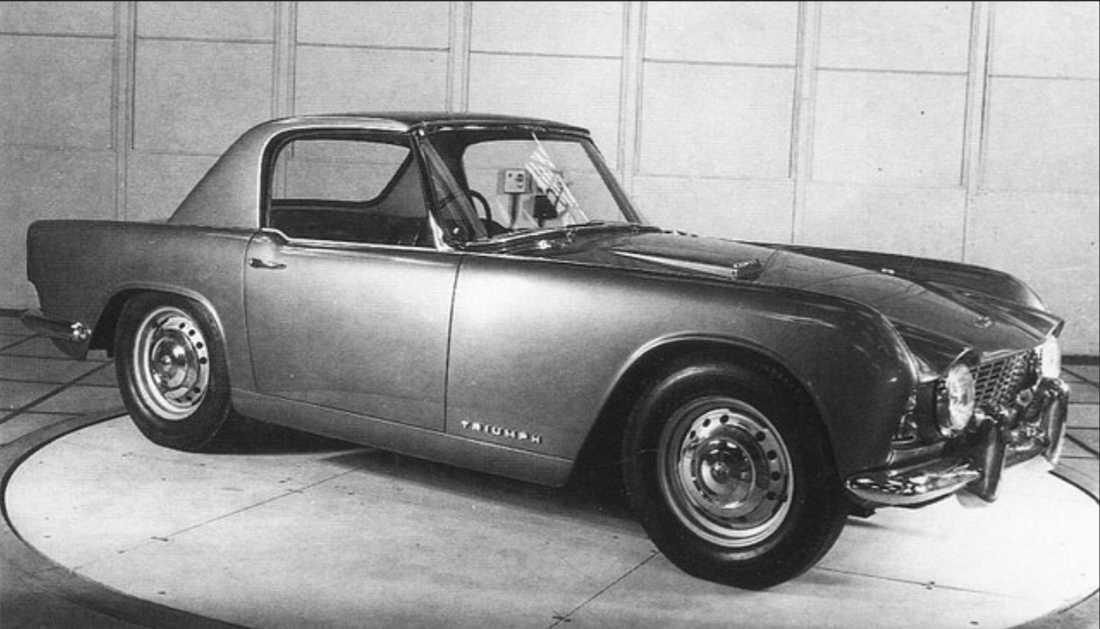 Giovanni Michelotti (October 6, 1921 – January 23, 1980) was one of the most prolific designers of sports cars in the 20th century. His notable contributions were for Triumph and BMW marques. He was also associated with truck designs for Leyland Motors, and with designs for British Leyland (including the Leyland National bus) after the merger of Leyland and BMC.

Born in Turin, Italy, Michelotti worked for a number of coachbuilders, notably Vignale and Allemano, before opening his own design studio in 1959. He was among the automobile designers who worked for many manufacturers as an independent designer mostly.[clarification needed]
Towards the end of his life, asked whether he had ever designed anything other than cars, Michelotti acknowledged that virtually all of his design work had involved cars, but he admitted to having designed a coffee making machine shortly after the war.
From the late 1950s he was responsible for all new models produced by Standard Triumph, starting with a facelift of the Standard Vanguard and going on to design models for Triumph such as the Herald, Spitfire, GT6, TR4,TR4A 2000, 1300, Stag, and Dolomite. He also created a number of prototypes which did not go into production, such as the Fury. The only Triumphs after 1960 that were not his work were the TR6 and the TR7, plus the Honda-based Acclaim.
A pencil soloist who spread the allure of Italian design well ahead of today’s globalization, Giovanni Michelotti was one of the most prolific stylists of sports cars of the 20th century.
During his 44-year professional career, more than 1,200 of Michelotti’s designs were turned into cars in which at least one unit was built, according to his son, Edgardo.

The quantity, quality and international reach of his creativity are the reasons why Giovanni Michelotti has earned a spot in the European Automotive Hall of Fame.

“I looked to his work with the same admiration that I had for the Italian design greats of the time, such as Bertone, Pininfarina and Ghia,” Giugaro said.

For Giugiaro, Michelotti -- together with Alfredo Vignale -- had a special talent for the one-off units, or the very limited runs of especially tailored models.
“Michelotti was the prime example of an individual prevailing over an organization,” said Leonardo Fioravanti, owner of Fioravanti S.r.l. design and engineering consulting, and president of the Italian association of coachbuilders.

Although Fioravanti considers many of Michelotti’s cars a bit over-decorated from a styling perspective, he admits that the Turin-born designer was a true forerunner when it comes to globalization.

“Michelotti went to Hino of Japan to design the Contessa in the 1950s when almost no one here in Europe even knew what Hino was,” Fioravanti said.
Fiercely independent. Michelotti is considered the father of freelance car design. He essentially created the field when he opened his own studio, Carrozzeria Michelotti, in 1949.

Michelotti declined numerous offers to join coachbuilders and automakers in Italy and abroad, because he was content to remain in Turin and keep his independence as a freelancer. Born in Turin in 1921, Michelotti attended the best car-design school existing in the 1930s: Stabilimenti Farina. 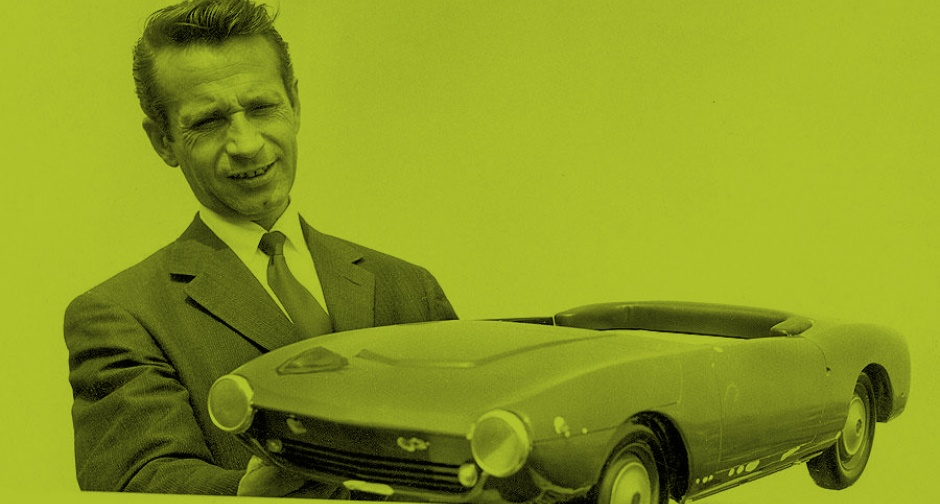 History of the Michelotti TR - https://sites.google.com/site/michelottitr/history

The roots of what was to become the 'Michelotti TR' go back to 1957, when Alick Dick hired Giovanni Michelotti as a consultant/designer to help with the product line at Triumph. His first attempt was the TR Dream Car, built by Vignale and heavy with American influences including a full width chrome grille, (rumored to have influenced the grille of the TR3A as well) pronounced tail fins, and 'eyebrows' over the headlights. Although this car was only a styling exercise, several of the styling cues would carry over to the new TR.  His next project for Triumph was to design the Herald sedan, which was a great success for the company, and later lead to the Spitfire/GT6 line of sports cars as well.

In 1958, Michelotti delivered his first prototype for the new TR, the Zest. It was a much more conservative vehicle than the Dream Car, but carried over such things as toned down tail fins and grille, as well as moving the headlights away from the fenders and onto the grille. This car was still built on the TR3A chassis, which the motoring press had dubbed as being too narrow, and did not really fit the style of the new design.

Meanwhile, the factory Competitions Department was developing a new, twin overhead cam engine eventually known as 'Sabrina' - named after a British actress and capable of producing 160 horsepower. This engine would not fit in the standard TR3 frame, so a TR3 was modified and raced at the 1959 LeMans. Triumph was so impressed with the performance of this engine that they asked Michelotti to design a car around a street version of the engine, which became known as the Zoom prototype. Some of the new features included a six inch longer/four inch wider wheelbase, a new style front end with the headlights (minus the eyebrows) moved out to the fenders and a true convertible top. This prototype also introduced the Surrey top concept. This new car quickly became the leading contender to be the next TR. In fact, Vignale used the concept in a hard top version for it's Italia 2000 GT, in hopes that Triumph would choose the design. This design was put into production in 1959, but got little support from Triumph, and only about 300 were ever built. Triumph did use the Zoom concept for it's new race car with the Sabrina engine - the TRS, which it raced in 1960 and 1961 at LeMans, winning the team award in 1961.  When it was determined that the Sabrina engine was too costly and complex to use as a production engine, Michelotti was asked to rework the Zest and Zoom prototypes into a final design for the next TR.

The TR4 was received with much praise when it debuted in August of 1961. Items such as roll-up windows, cockpit ventilation, and an all-synchromesh transmission received high marks from the motoring press.  A power bulge to clear the carburetors was necessary in the forward hinged bonnet  The  fixed rear window with a removable center section  'Surrey top" was available as an option pre-dating Porch’s “Targa” roof by at least a year.  While the same basic engine and mechanicals were carried over from the earlier TR2s and 3s synchromesh was added to 1st gear and an increase in capacity to 2,138cc and some minor tuning resulted in a power boost of 5 HP to 105bhp, allowing it to deliver 0-60mph times of 10.9 seconds.

Although all new in appearance, the TR4 shared many parts with the TR3, including seats, instruments and suspension. One complaint heard in motoring magazines of the day was about the harsh ride delivered by the rear axle. These reoccurring complaints led the Triumph engineers to develop a independent rear suspension for the TR4 from the Triumph 2000 sedan. This was introduced in 1965 as the TR4A IRS. This innovation made Triumph the first manufacturer to offer four wheel independent suspension on every model they produced, although at the insistence of US dealerships a non-IRS model was also produced.

Unfortunately, the TR4A was not as fast on the road as the critics expected.  It wasn't much faster than the TR3A with its optional 2.2 liter engine had been in 1959 - the TR4A had put on weight with age. Even by comparison with the TR2s of 1953 there had not been a dramatic improvement. Fuel consumption was worse. Product planners at Triumph were asked to make a quantum leap in performance and economy, not to mention extended high speed running (for the new European highways). This, combined with the new emission control laws in the US, spelled the end of the four-cylinder TR. The time-tested 'Tractor motor'  couldn't be made to run clean enough to meet the new American pollution laws.

One of the interesting by-products of the development of the IRS frame is that it's increased width and strength easily accepted the 2.0 liter six cylinder from Triumph's 2000 sedan.  (A little known fact is that the frame could also accommodate an automatic transmission - in fact two prototypes were built and tested, but never brought to production).  While the 2.0 liter engine fit nicely (once the steering rack was moved forward slightly) it offered less horsepower and torque than the old 'Tractor' motor.  So the engineers at Triumph decided to stretch the engine out to 2.5 liters, and also incorporated the new Lucas mechanical fuel injection system.  The new TR5 was the result, capable of 150bhp, and is considered by many to be the best of the TRs.  Unfortunately, the fuel injection system couldn't be made to pass the American emission laws, so to comply with regulations for the US, Triumph substituted twin carburetors and the TR250 was created.  To set the car apart, a unique racing stripe was painted across the hood and front fenders.  The TR250 was still an improvement over the old 4 cylinder cars - with 110bhp on tap, but just not as exciting a car as the TR5 to drive.   Although they were great cars and well received, the TR5/TR250 would only survive one model year before they were replaced by the TR6.

Much has been written about the TR6, and many websites are devoted to it, so I will only touch on it's relationship to the earlier TRs.  As has been often stated, Triumph contracted with the German company Karmann to update the TR, which was very cleverly done by just changing fenders, hood, grille, and tail end treatment.  So, although the result looked decidedly different and more modern, the majority of the car retained it's Michelotti heritage.

The Michelotti TR era stretched from 1957 (Dream Car Concept) to 1969 (end of TR5/TR250 production), and in a sense until 1976 (end of TR6 production), and can be thought of as a major success for Triumph and a major influence on sports car design for it's time.  They provided fun, exciting, affordable sports cars for people worldwide, and contributed to a 'car enthusiast' lifestyle that flourishes still.  Even today, you can see some of it's influences on today's sports cars (the classic bodyline 'hitch' copied by the original Mustang, 'power bulges' on the hood of Eclipses, independent rear suspension for many cars, among others).  There is even some rumor that Triumph may be reborn, so the influence of the Michelotti TR may be felt yet again. 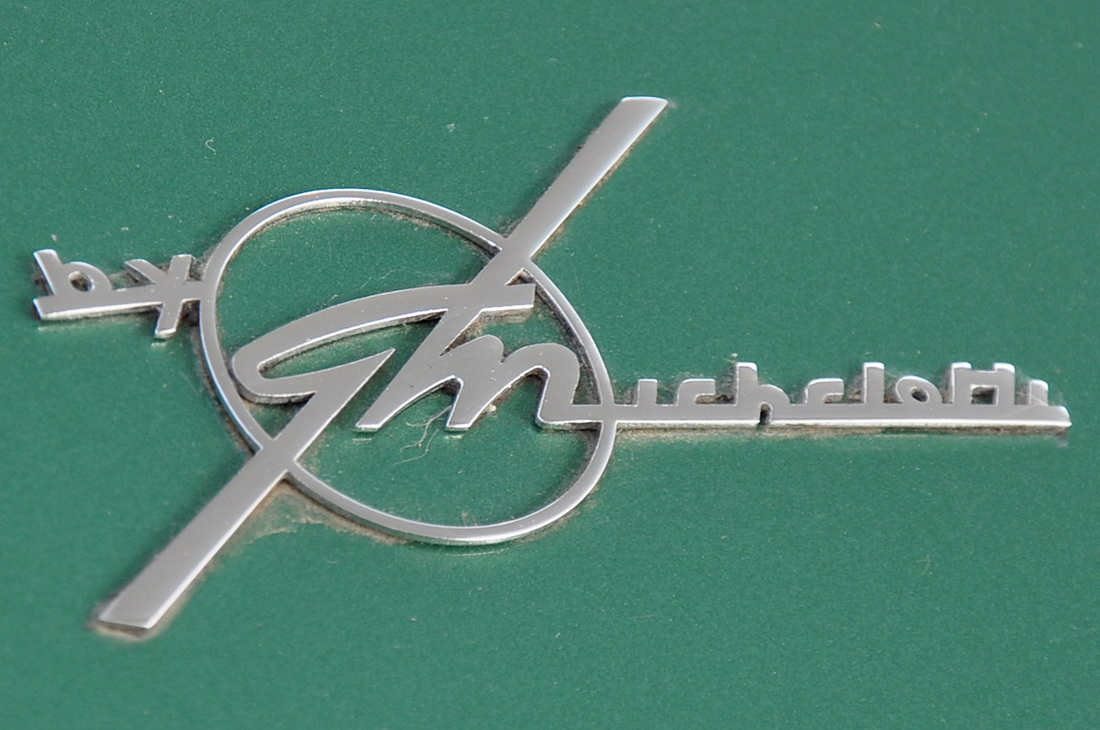 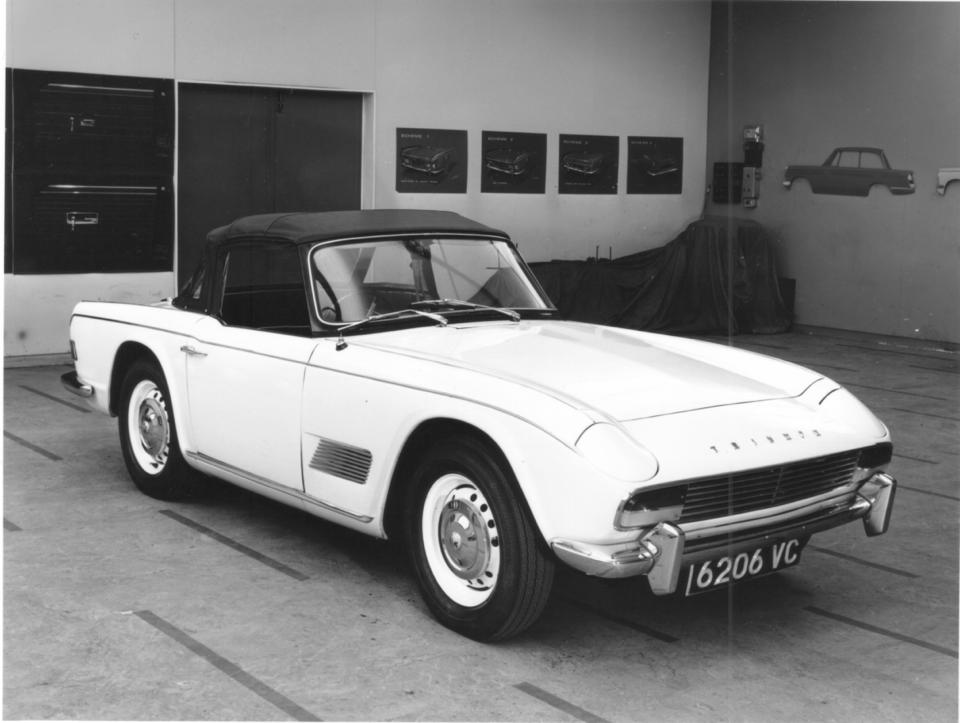 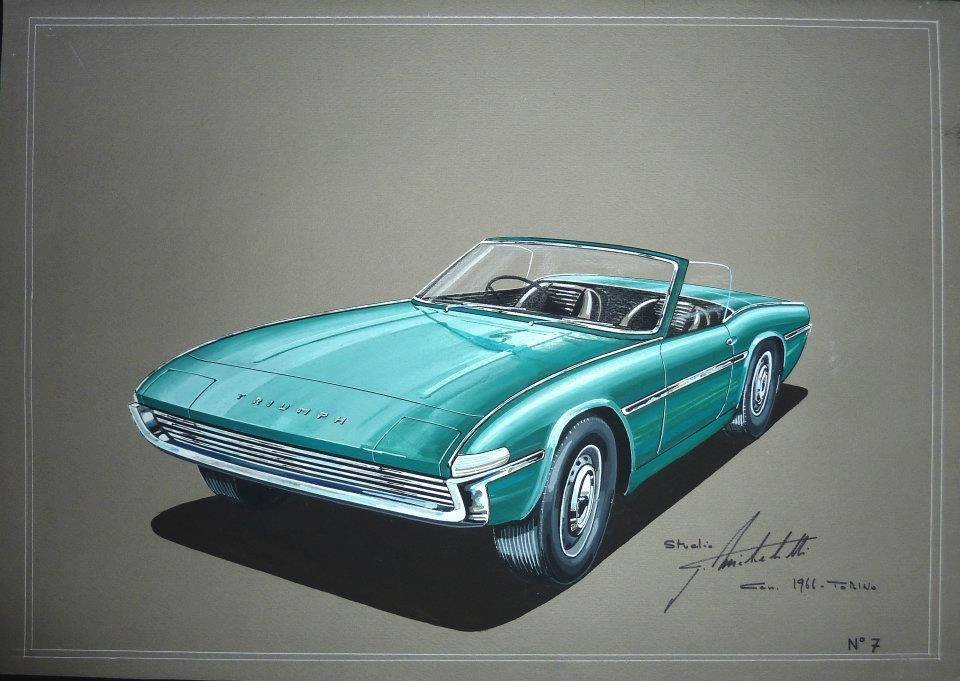 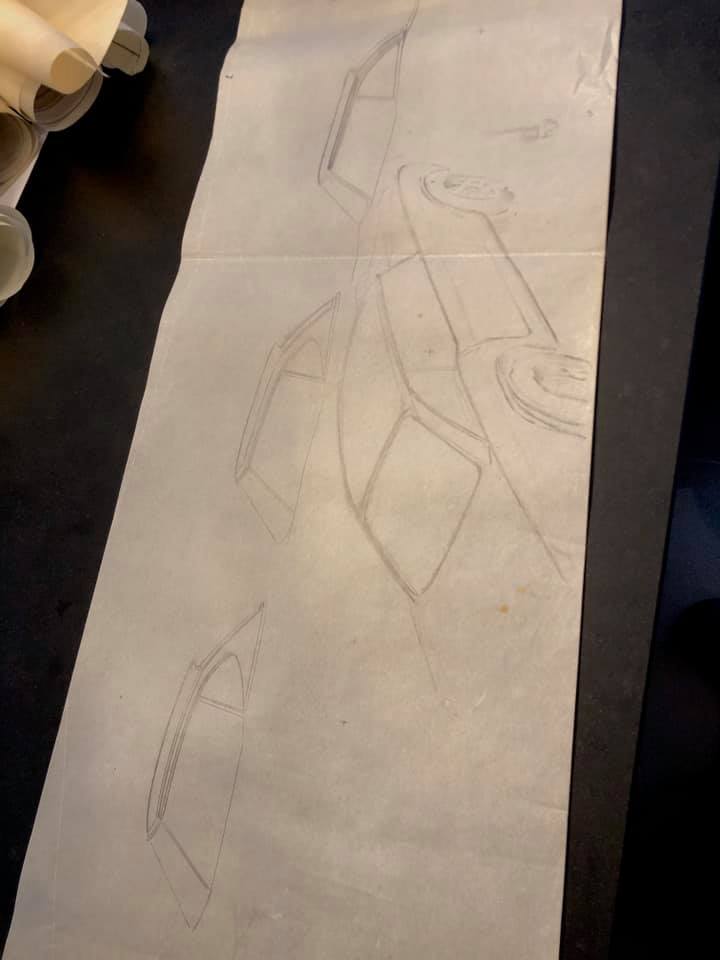 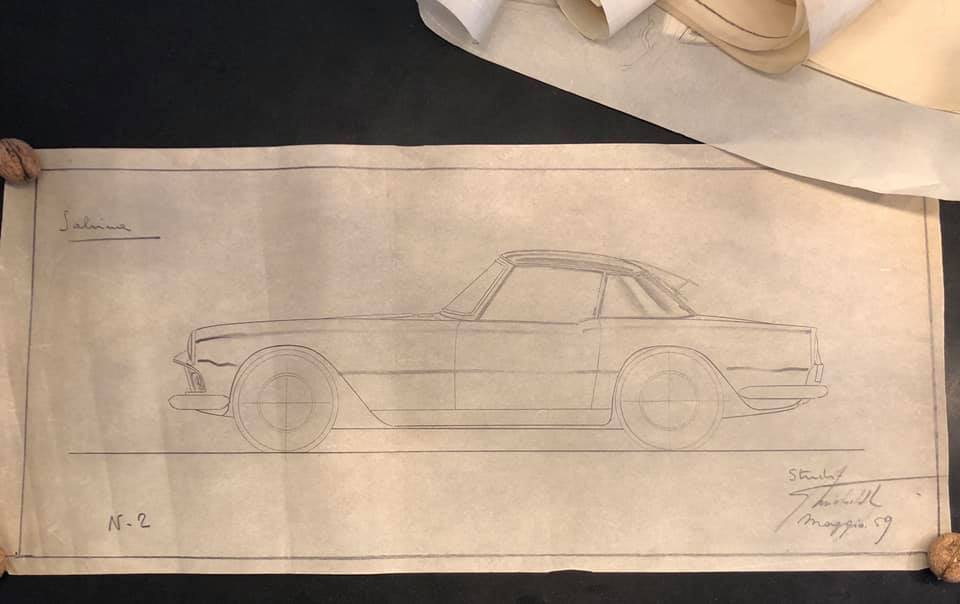 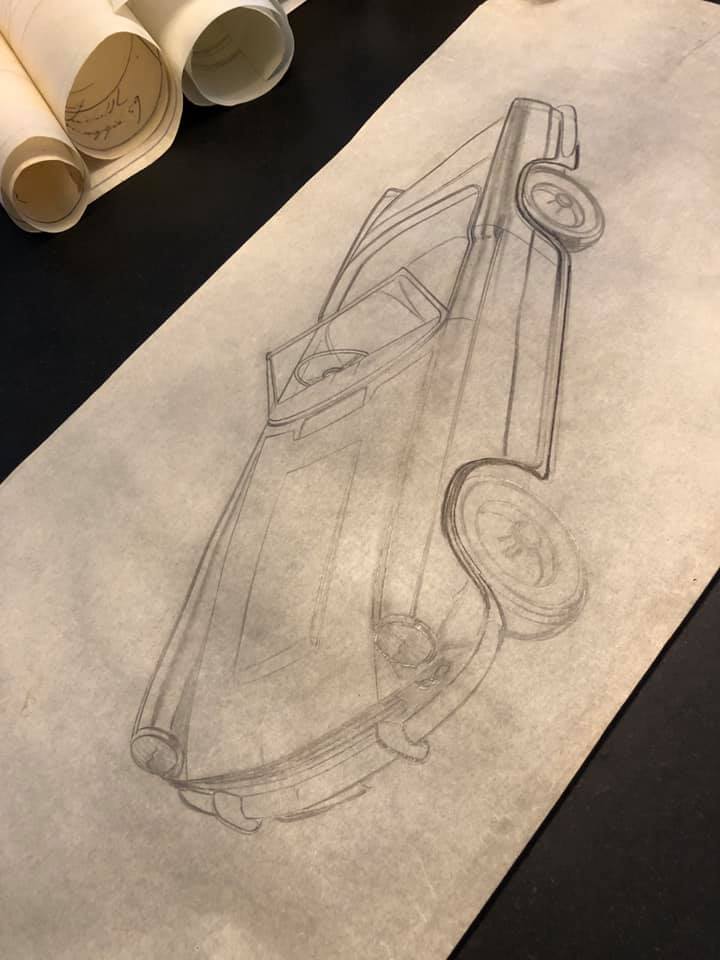 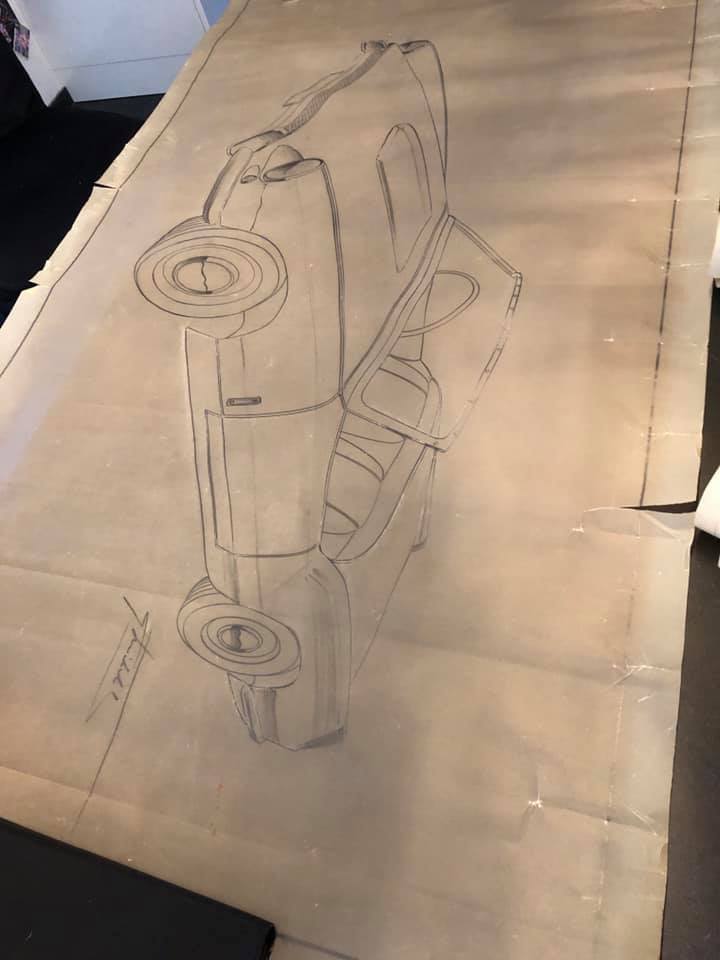 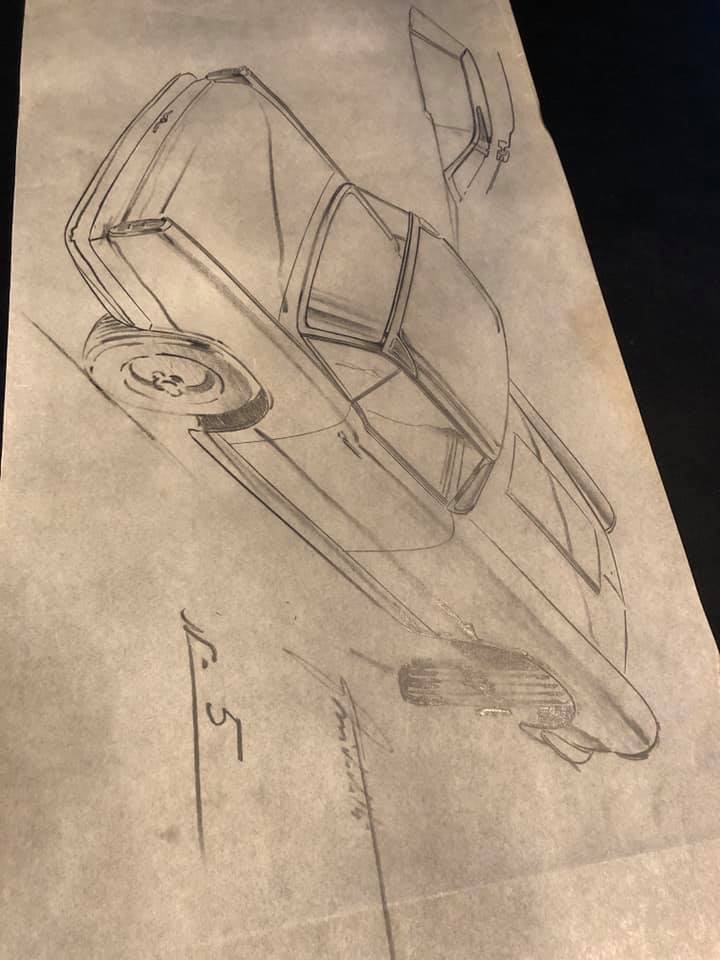 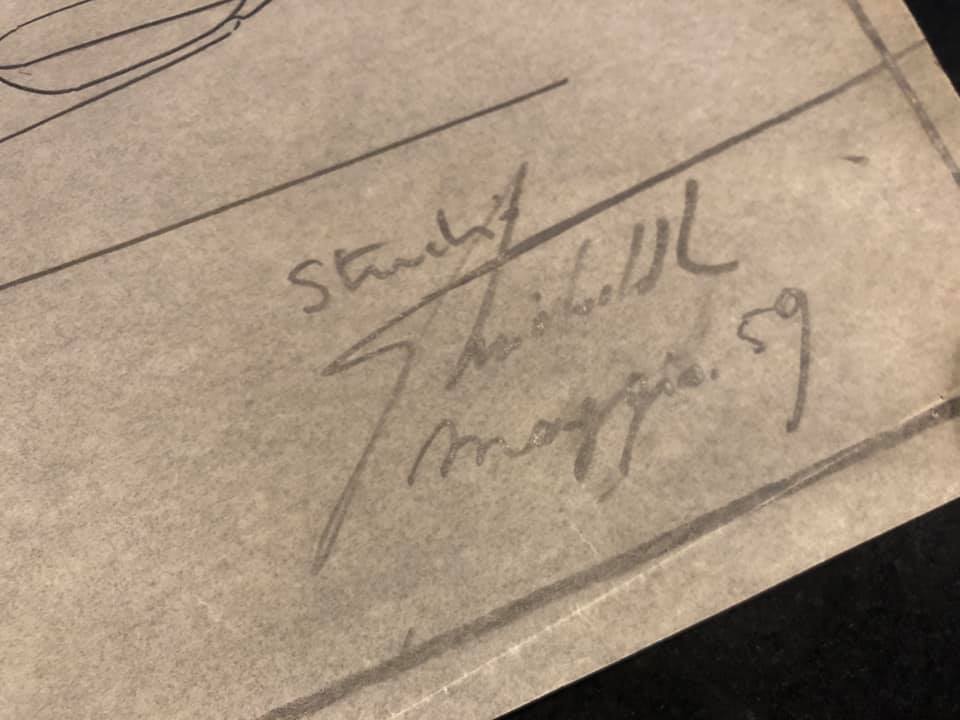 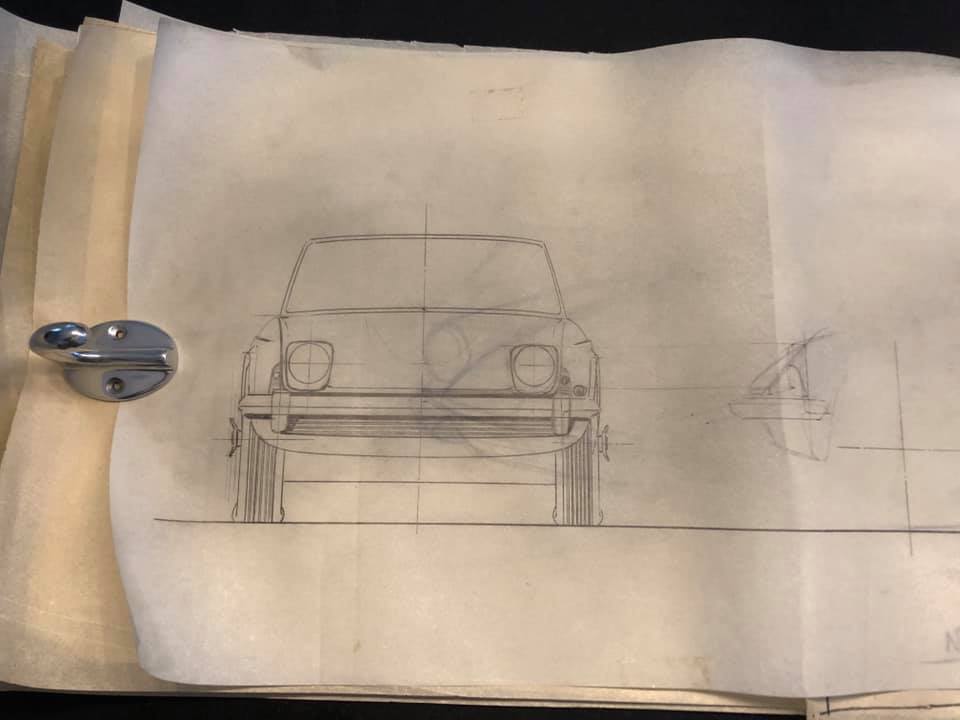