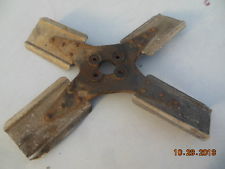 Picture on the left shows the standard 4 blade option for the TR4A. The metal 6-blade fan is probably the "tropical" fan option that showed up on TR4 and 4A, might have been available for earlier cars, too. It's pretty rare, so the only alternative might be to try to adapt a similar fan from another car, if you really want a 6 blade metal fan. Apparently the fan on my car is the "hot climate" optional 6 blade metal fan. It's in the original Triumph TR manuals and the fan can be clearly seen.  The blades are certainly at a more acute angle than the 4 blade fan making the clearance from the radiator extremely small. These fans were also  fitted as an option to sidescreen cars in hot climates and will also fit all four pot engines. Apparently Triumph's own 'tropical spec' fan cowl alone improved cooling by 25%. I have no idea what this cowl looked like.

Our fan has been refurbished, cleaned, painted. The rubbers are the original ones cleaned with the steel inserts cleaned up too. I have also no idea how this type of fan came to be fitted to our car but as it is period and in the manuals we are keeping it. More to the point it apparently helps cooling. No bad thing in a TR4A.
Pictures below show the TR4A Tropical Fan that was fitted to our car. Original rubbers being reused. 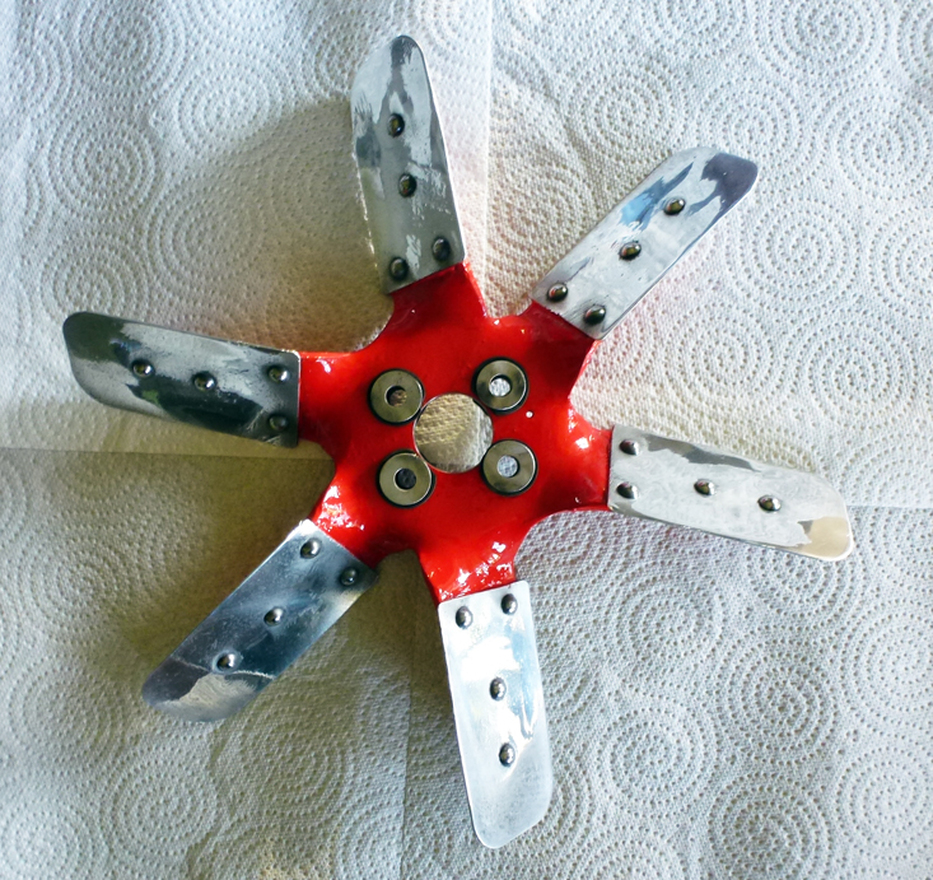